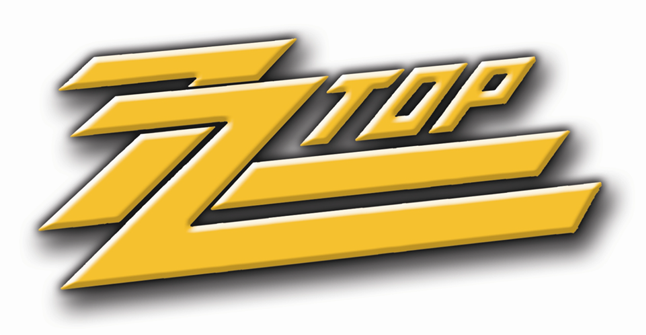 ZZ TOP a/k/a “That Little Ol’ Band From Texas,” lay undisputed claim to being the longest running major rock band with original personnel intact and, in 2004, the Texas trio was inducted into the Rock and Roll Hall of Fame. Of course, there are only three of them – Billy F Gibbons, Dusty Hill, Frank Beard — but it’s still a remarkable achievement that they’re still very much together after almost 50 years of rock, blues, and boogie on the road and in the studio.  “Yeah,” says Billy, guitarist extraordinaire, “we’re the same three guys, bashing out the same three chords.”  With the release of each of their albums the band has explored new ground in terms of both their sonic approach and the material they’ve recorded. ZZ TOP is the same but always changing.

It was in Houston in the waning days of 1969 that ZZ TOP coalesced from the core of two rival bands, Billy’s Moving Sidewalks and Frank and Dusty’s American Blues.  The new group went on to record the appropriately titled ZZ Top’s First Album and Rio Grande Mud that reflected their strong blues roots.   Their third, 1973’s Tres Hombres, catapulted them to national attention with the hit “La Grange,” still one of the band’s signature pieces today.  The song is unabashed elemental boogie, celebrating the institution that came to be known as “the best little whorehouse in Texas.”  Their next hit was “Tush,” a song about, well, let’s just say the pursuit of “the good life” that was featured on their Fandango! album, released in 1975. The band’s momentum and success built during its first decade, culminating in the legendary “World Wide Texas Tour,” a production that included a longhorn steer, a buffalo, buzzards, rattlesnakes and a Texas-shaped stage.  As a touring unit, they’ve been without peer over the years, having performed before millions of fans through North America on numerous epochal tours as well as overseas where they’ve enthralled audiences from Slovenia to Argentina, from Australia to Sweden, from Russia to Japan and most points in between.  Their iconography – beards, cars, girls and that magic keychain – seems to transcend all bounds of geography and language.

Following a lengthy hiatus during which the individual members of the band traveled the world, they switched labels (from British Decca’s London label to Warner Bros.) and returned with two amazingly provocative albums, Deguello and El Loco.  Their next release, Eliminator, was something of a paradigm shift for ZZ TOP. Their roots blues skew was intact but added to the mix were tech-age trappings that soon found a visual outlet with the nascent MTV.  Suddenly, Billy, Dusty and Frank were video icons, playing a kind of Greek chorus in videos that highlighted the album’s three smash singles: “Gimme All Your Lovin’, “Sharp Dressed Man” and “Legs.”  The melding of grungy guitar-based blues with synth-pop was seamless and continued with the follow-up album Afterburner as they continued their chart juggernaut.  ZZ TOP had accomplished the impossible; they had moved with the times while simultaneously bucking ephemeral trends that crossed their path. They had become more popular and more iconic without ever having to be “flavor of the week.” They had become a certified rock institution, contemporary in every way, yet still completely connected to the founding fathers of the genre.

In 2012, ZZ TOP unveiled LA FUTURA, their first studio album in nine years.  Produced by Rick Rubin and Billy F Gibbons, and released on American Recordings, it reflected the solid blues inspiration that has powered the band since the very beginning with a contemporary approach that underscored the group’s inclination to experiment and explore new sonic vistas.  The album included the widely lauded “I Gotsta Get Paid” that has become both a video and in-concert sensation.  ZZ Top’s rich history became the subject of a box set release the following year.  ZZ Top: The Complete Studio Albums 1970-1990 offered no fewer than 10 of the band’s most lauded albums all with the original mixes restored.

ZZ TOP’s career retrospective The Very Baddest surfaced in 2014. It spans the entire course of their London, Warner Bros. and RCA years. Listeners can follow the evolution of the band’s sound from the early 70s into the 00s on either a 40 track double CD or a 20 track single CD. That same year Eagle Rock Entertainment released Live at Montreux 2013 on both Blu-ray and DVD formats, showcasing their live act, leaving no doubt as to why they have been such a huge concert draw for the last several decades. When it comes to the live experience, they’ve still got it.

2016 saw the release of ZZ TOP’s Live! Greatest Hits From Around The World album on Suretone, consisting of 15 songs recorded live in 13 cities across three continents. Guitar legend Jeff Beck joins the band on stage in his native London for two songs – “Rough Boy,” and a cover of Tennessee Ernie Ford’s “Sixteen Tons,” the latter of which was inspired by a hoax YouTube video claiming to be ZZ TOP and Jeff Beck playing that very song. Their rendition matches the hoax video, in what Billy describes as “a mega meta kinda thang.”

The elements that keep ZZ TOP fresh, enduring and above the transitory fray can be summed up in the three words of the band’s internal mantra: “Tone, Taste and Tenacity.”  Of course, the three members of the band have done their utmost to do their part in assuring that ZZ TOP prevails.  As genuine roots musicians, the members of the band have few peers.  Billy is widely regarded as one of American finest blues guitarists working in the rock idiom.  His influences are both the originators of the form – Muddy Waters, B.B. King, et al – as well as the British blues rockers who emerged the generation before ZZ’s ascendance.  In his early days of playing, no less an idol that Jimi Hendrix singled him out for praise. Part mad scientist, part prankster, he’s a musical innovator of the highest order and a certified “guitar god.”  He’s a recurring small screen presence in the hit TV series Bones in which he plays a bearded, gruff, rock guitarist.  No type casting problems for Billy.

Dusty has long had an affinity for rock’s origins; his earliest performances as a child included Elvis songs convincingly performed.  Not only is he a bass virtuoso in his own right, his vocal prowess is awe-inspiring.  He’s the lead voice you hear on “Tush” and his ferocious vocals are heard, to great effect, on his idol Elvis Presley’s “Jailhouse Rock,” these days, often a concert  encore number and recorded by the band on Fandango! Good natured and diligent, Dusty is the rock solid bottom of ZZ TOP.

Frank has also been keeping the beat in that great tradition.  As both a roots and progressive drummer, he has been acknowledged as key to the band’s powerful on-stage and in-studio presence. He and Dusty, in their early years together, served as Lightnin’ Hopkins’ rhythm section which, as Frank tells it, was a life changing experience.  Frank, despite his last name, is the guy in the band without a beard.  But when you’re with him, you’re with a Beard.  He’s a rockin’ paradox who provides the pulse of ZZ TOP.

ZZ TOP’s music is always instantly recognizable, eminently powerful, profoundly soulful and 100% Texas American in derivation.  The band’s support for the blues is unwavering both as interpreters of the music and preservers of its legacy.  It was ZZ TOP that celebrated “founding father” Muddy Waters by turning a piece of scrap timber than had fallen from his sharecropper’s shack into a beautiful guitar, dubbed the “Muddywood.”  This totem was sent on tour as a fundraising focus for The Delta Blues Museum in Clarksdale, Mississippi, site of Robert Johnson’s famed “Crossroads” encounter with the devil.  ZZ TOP’s support and link to the blues remains as rock solid as the music they continue to play.  They have sold millions of records over the course of their career, have been officially designated as Heroes of The State of Texas, have been referenced in countless cartoons and sitcoms and are true rock icons but, against all odds, they’re really just doing what they’ve always done.  They’re real and they’re surreal and they’re ZZ TOP.