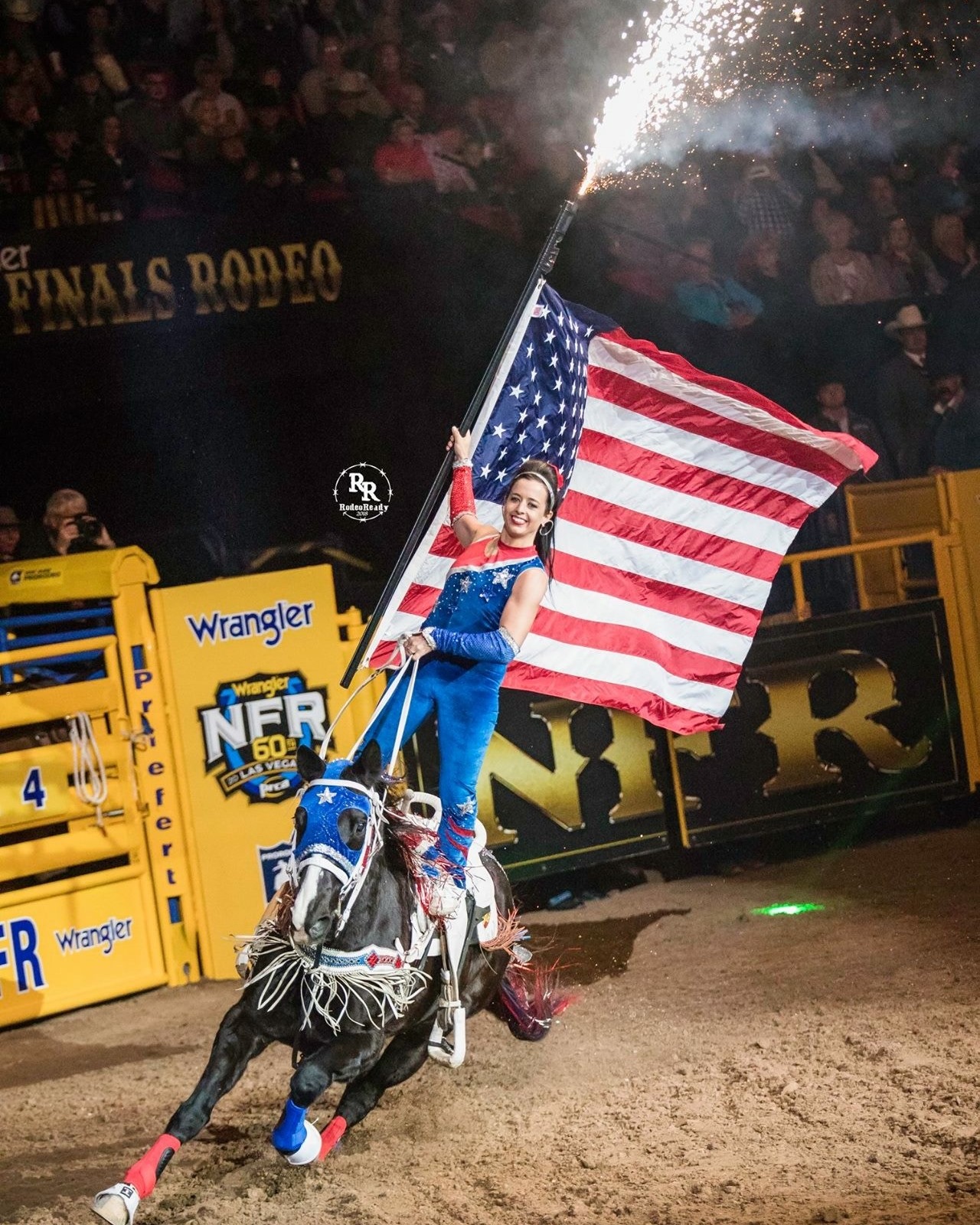 Dust off your cowboy hats!

SPECIALTY ACT by Haley Proctor
Haley Proctor was born and raised in North East Oklahoma. She began trick riding at the age of 4 after begging her uncle 4x NFR Contract Act Shawn Brackett, to teach her the trade. A passion for trick riding and the performing lifestyle developed at a young age for Haley when she had the opportunity to travel with the Great American Wild West Show to some of the greatest rodeo venues in the country. She was blessed with the opportunity to work with legendary trick riders at a young age, where she was able to learn and hone her craft. Haley was nominated as the 2018 and 2019 Top 5 PRCA Dress Act of the Year, crowned the 2007 World Champion Trick Rider, competed in the 2016 North American Trick Riding Championships in Las Vegas, and played a role and performed stunt work in the films Cowgirls and Angels, and Cowgirls and Angels 2: Dakota’s Summer. Haley is known for her Trick Riding, Roman Riding, and High Schooled Liberty acts, where she is also proud to display her Cherokee heritage throughout the show. Haley is always expanding her talents, and constantly keeps the crowd at the edge of their seats.